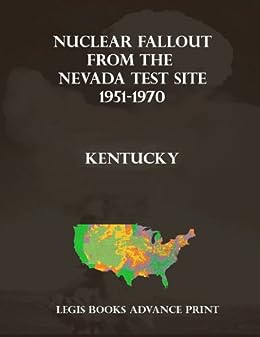 
He graduated from Montana State University law school in and entered private practice. He was elected representative to the 25th Montana Legislative Assembly from Ravalli County in the same year. In Metcalf resigned from the legislature to accept appointment as a Montana assistant attorney general. During his tenure as an assistant attorney general, Metcalf campaigned extensively for Attorney General Harrison Freebourn who was seeking election to the U.

Senate in the primary. In , following Freebourn's defeat in the primary, Metcalf returned to private practice in Hamilton. Metcalf enlisted in the army in and was later commissioned. Following the war he served as a military government officer in Germany where he helped set up the civilian court and occupation police system. He also supervised repatriation and drafted the ordinances for and supervised local elections. After serving four terms in the House, Metcalf was elected to the Senate in , succeeding James E.

Although Metcalf is best known for his work to protect the natural environment and regulate utilities, he composed and supported a wide variety of legislation. His prodigious legislative accomplishments are testimony to his parliamentary acumen. Lee Metcalf worked throughout his career to protect the nation's natural resources from both wanton exploitation and destruction.

He was an early proponent of water and air pollution control; research on the harmful effects of pesticides, strip mining, and highway construction; regulation of timber cutting and grazing; alternative energy development; and many other conservation issues. His efforts to preserve the nation's wild lands and rivers were productive and lauded by national conservation organizations. As a long-time member of the Migratory Bird Conservation Commission, Metcalf helped establish many wildlife refuges.

While Lee Metcalf was an ardent protector of the natural environment, he believed in the responsible development of resources. He supported rural cooperative efforts, public power projects, and diverse types of assistance to independent workers in agriculture and minerals.

Metcalf advocated the use of government resources to redress the injustices of an imperfect society and to broaden and strengthen access to information for all individuals. He proposed and worked for legislation concerning Social Security, Medicare, unemployment, and veterans' benefits; aid to libraries, schools and small businesses; minimum wage laws; work safety laws; job training programs; consumer protection; and the return of control over their own lives to Native Americans. Metcalf's long, adversarial relationship with the Montana Power Company and other utilities stemmed from his belief that the power industry held a monopolistic, unregulated control of an essential product.

Lee Metcalf's and Vic Reinemer's book Overcharge delineates their position that the utilities exert tremendous influence throughout American society, yet are not subject to the democratic election process and are controlled by a small group of profiteers. Closely related to Metcalf's efforts to regulate utility companies was his opposition to the growth of "corporate statism. Congressional colleagues respected Lee Metcalf's thorough knowledge of the workings of government, knowledge which he used astutely throughout his career.

As a member of the Government Operations Committee, Metcalf worked for many years, especially after Watergate activities spotlighted such concerns, to reorganize government to improve its efficiency and honesty. Lee Metcalf enjoyed the cooperation of an able staff. He also provided experience to as many interns, the majority of whom were Montanans, as his time and office space would allow.

Vic Reinemer joined Metcalf's staff in and worked closely with him until Metcalf's death. He worked as a newspaper editor in Washington, D. From until Reinemer worked as executive secretary for Senator Murray and then served until in the same position for Senator Metcalf.

From until Metcalf's death in , Reinemer was staff director of the Senate Government Operations Committee's Subcommittee on Budgeting, Management, and Expenditures, which changed its name in to Reports, Accounting, and Management. Reinemer concentrated his energies on utility regulation and corporate ownership reporting. Other long-time influential staff members include Merrill "Brit" Englund, Metcalf's administrative assistant, who worked for United Press International and the Associated Press in Helena for six years before joining Metcalf's staff in ; Peggy McLaughlin, personal secretary, who worked for the Montana State Superintendent of Public Instruction, the Montana Attorney General, and for Senator Murray before beginning her years with Metcalf; and Dorothy Tannenbaum, legislative assistant with special knowledge of education and Native American affairs.

Ted Roe replaced Vic Reinemer as executive secretary in These staff members' contribution to Metcalf's work can most easily be noted by the many letters in the collection which they composed. Lee Metcalf married Donna Hoover in He died in January during what he declared would be his last Senate term. The papers arrived at the Montana Historical Society in six different shipments. While Metcalf's own filing series have been preserved, material from all of the shipments has been consolidated within each series.

The General Correspondence Series comprises half of the collection. This series primarily contains incoming and outgoing correspondence, especially constituent response to federal legislation and issues. However, the series also includes speeches, memoranda, printed material, appointment schedules, court documents, and other material bearing on the subject of the file.

Also included is a department and name index to federal officials; an index to "John Birch" type constituents; and a list of campaign volunteers. Also an invaluable aid to the user in understanding and accessing the correspondence in this collection is The United States Government Manual, either the current issue or, better, the manual issued in the year of concern to the researcher. Past issues of the manual are available at the Montana State Library. These manuals describe the structure of government, the jurisdiction of each agency, and the history of most governmental bodies.

This is of particular use in this series as material pertaining to any subject can be in more than one place if an agency has been shifted in the federal structure or if jurisdiction over a particular area has been assigned to a different agency. For example, the Bureau of Public Roads was part of the Department of Commerce until , when it was relocated in the Department of Transportation.

Similarly, the previously independent Federal Aviation Agency became part of the Department of Transportation in In addition to these changes and the resulting filing in the collection of pertinent material in more than one place, material associated with a subject can also be found under a subject heading unrelated to the federal government structure. For example, material relating to highways is located under "Highways" as well as under "Bureau of Public Roads," and, while much material relating to railroads can be found under "Interstate Commerce Commission," there is also material under "Railroads.

The researcher is also advised to consider shared federal jurisdiction and areas of jurisdiction of an agency which are not obvious from the agency name. For example, one interested in the Migratory Bird Conservation Commission wildlife refuges can find material filed under "Department of Interior, Fish and Wildlife Service, Wildlife Refuges" additionally, the Fish and Wildlife Service did not become part of the Department of Interior until Another example: while the Department of the Air Force does not immediately come to mind if one is interested in rural electric cooperatives, there is correspondence in the "Air Force" files concerning a dispute over the provision of electric power to air force bases in Montana.

A large part of the General Correspondence Series is entitled "Legislation.

There is also some material filed under "Legislation" by subject rather than committee. The "Legislation" files include a small amount of material concerning things the committees handled which did not have to do with legislation. For example, the "Legislation, Interior and Insular Affairs" file contains material about the nomination of Stanley Hathaway for Secretary of the Interior.

Material in the General Correspondence Series filed under "Montanan" generally concerns issues about which Metcalf wanted to keep informed, but did not entail federal government involvement. Some speeches and writings are included in the "Interviews" file. The "Metcalf" file contains some biographical information.

The "Committee Assignments" file contains a list of committee assignments for Metcalf's entire congressional career. The Bills Series contains correspondence from constituents and from government officials, memoranda, drafts of legislation, statements, and printed material for bills which Metcalf sponsored or co-sponsored, or in which he was particularly interested. The series is arranged chronologically by Congress and thereunder by bill number in numerical sequence.

Bills are followed by amendments, resolutions, joint resolutions, etc. A separate listing, arranged by bill number, of the subject of each bill is located in the first folder of the series. The Printed Material Series is a reference file which contains publications, news releases, statements, testimony, and a small amount of speeches, correspondence and notes.

It is arranged by federal government body in alphabetical order. Interfiled in this arrangement are subject listings, often the same listings used in the General Correspondence Series, such as "Dams. The Campaign Material Series contains a wide variety of material related to both Montana and national campaigns from to The bulk of the material relates to campaigns in which Metcalf ran, but also contains campaign materials for other Montana politicians including James Battin and Tim Babcock. There is a small amount of biographical material located at the beginning of the series.

Warden's Metcalf of Montana; How a Senator Makes Government Work, drafts of his newsletters and weekly columns, correspondence relating to those publications, statements, and testimony. Many of these statements, Congressional Record excerpts, and testimony were used as press releases. Similar items are grouped together and arranged chronologically.

As noted earlier there are speeches in many folders in the General Correspondence Series filed with the other material on that subject. A large number of Metcalf's reports to the public are available in the Montana Historical Society Library. Some speeches and statements are also available in audio or film format. The Voting Records Series is a chronologically arranged record of Metcalf's votes on all legislation during his years in the Senate, compiled by the Senate Democratic Policy Committee. A subject index precedes each year's compilation.

The records also include an abstract of the bills, contents and an analysis of the final vote. The Clippings Series contains news clippings which mention Metcalf.


These are arranged alphabetically by federal governmental body and general subjects. There is also a chronologically arranged file of articles about Metcalf. This subcommittee changed its name in to Reports, Accounting, and Management. Subcommittee members studied the accounting measures and operations of the federal government in order to assess the efficiency and economy of government operations.

dingpersdomolca.tk Under the direction of Metcalf and Reinemer the subcommittee investigated the reporting of corporate ownership, corporate stock voting rights, interlocking directors among major corporations, the federal government's role in establishing accounting practices used by publicly-owned corporations, the possibility of reducing the number of federal advisory committees, advisory committee procedures and membership, government contracting procedures, the political and economic influence of the electric utility and nuclear power industries, the membership and influence of lobbyists, and other related topics.

Included in the subgroup is material which Reinemer started to amass in his capacity as executive secretary concerning all aspects of the power industry and the relationship of the industry with other utilities, such as telephone companies, and the federal government. Winslow Turner, and Jack Chesson concerning the workings of the subcommittee.